“Missionaries to America and the World”

Dale and Linda Cutlip have been career missionaries in the fields of evangelism, biblical preaching, church planting, administration and ministry funding discipleship for over 3 decades. Dale, who is originally from Miami, Florida, became a Christian while in Post-Graduate School studies at the University of Alabama and Florida State University. He is Jewish by blood; Christian by spirit. Rev. Cutlip was a public educator and businessman before his call by God into full-time evangelism ministry.

After a quarter century of American and global evangelistic ministry, Rev. Cutlip and an interdenominational Board of twenty business, professional and ministerial leaders, were led by God in October of 1998, to found GLOBEWORKS International Ministries Inc., where Dale serves as Overseas and General Staff Director and servant to our dozens of missionaries.

As an evangelist, Rev. Cutlip has preached the truth of Christ globally. He is privileged to conduct Evangelism Training Seminars with public evangelism outreaches utilizing hundreds of ministers and church members throughout the United States, in Africa, Europe, North America, Asia, and the Caribbean.

Linda Cutlip hails from Denver; and graduated from the University of Colorado an avowed atheist. As a young woman she became involved with leftist political radicals, and championed secular-humanist causes. But, while an educator in Birmingham, Alabama, Linda became a true and sincere Christian. She has been and is a gracious partner for Dale as a wife, missionary, homemaker and mother. Linda, who speaks fluent Spanish, also has worked evangelistically in public evangelism outreaches worldwide.

The Cutlips have two grown children, Jeremy and Joy. Raised as missionary kids, both are graduates from the University of Alabama at Birmingham. Jeremy has completed his M.B.A. and Jurist Doctor degrees and is a corporate lawyer in Dallas, Texas. Joy, who is married, completed her MBA, and is now one of the Vice-Presidents of Southern Regions Bank Corp. 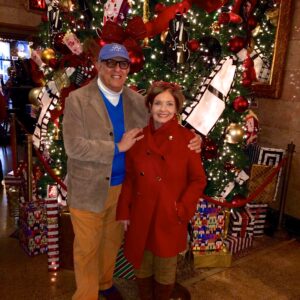 Meet the people of GWIM Meet Our Board